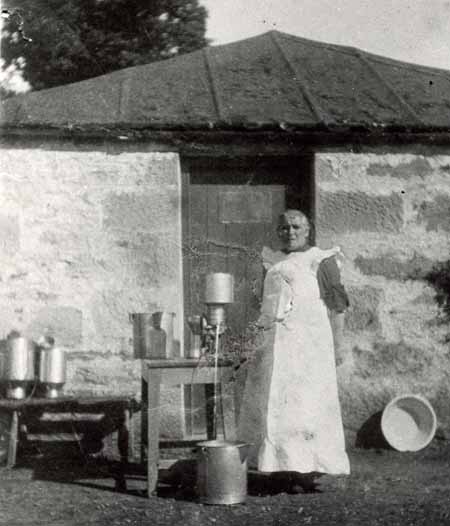 John Henry Dods, Dalgheal, Evanton, his wife Annie Farrer, and their children Dorothy Elizabeth, Marcus Palliser and John Frederick, all of whom perished when HMS Natal exploded in the Cromarty Firth on 30 December 1915. 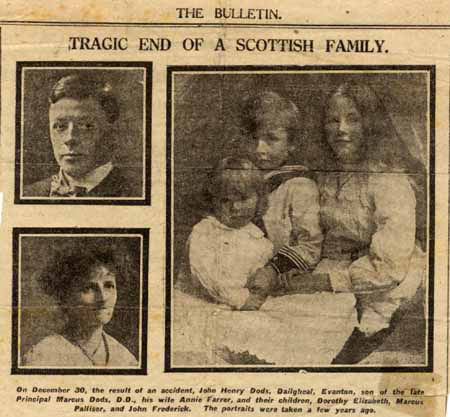 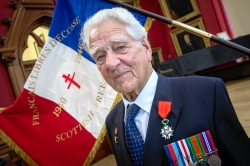 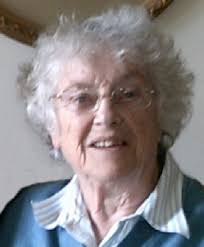 The War Diary of Captain Patrick Munro of Foulis

This transcript is a copy of the diary William Grant wrote on his voyage from Scotland to New Zealand during a four month period in 1879. He was 31 at this stage and had a good steady job in Edinburgh, so his reasons for emigrating may have been more for adventure, or there again perhaps he was bored with his good steady job! Early on in the diary he mentions meeting Cassel and Fraser before they made their way to the ship. Maybe the plans of emigrating to the other side of the world had been hatched over a few drams one night in an Edinburgh ‘establishment’. William may also have heard favourable reports from his mother’s cousins, Donald and John Munro, who had been in the young colony since 1860.

The RCHS are very grateful to have received this donation from Peter Grant, 100 Doon Street, Dunedin, New Zealand, on 10.04.1984.

Legend has it that there was a Lady Balconie who was trained by a witch. The lady is said to have proved her powers by raising the castle several feet into the air, then lowering it, intact.

Lady Balconie was also in league with the Devil, whose abode was in the local Black Rock gorge. One night Lady Balconie crept out of the castle to meet the Devil, but was followed by her maid and, as Lady B entered the gorge and looked back, she saw the maid and, removing the ring with the castle keys from her belt, she threw them to her. It is said that on the side of the gorge there is an impression of the ring and keys where they struck the rock.

When mist rises from the gorge it is said to be from the fire where Lady Balconie is baking for her master, the Devil ……….