The War Memorial at Kilmuir Easter is built into the south-west wall of the old churchyard. The names of 27 men from the parish, killed in the First World War, are inscribed on the memorial, see below. There are no names for the Second World War because the majority of men from Kilmuir Easter joined the Seaforth Highlanders were captured early in the war at St.Valery and after many years as Prisoners of war came back home. 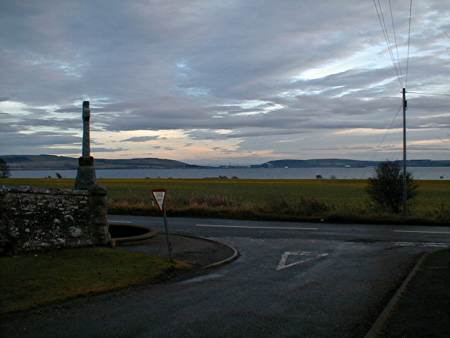 Looking south towards Nigg and the Sutors  with the War Memorial
in the foreground. 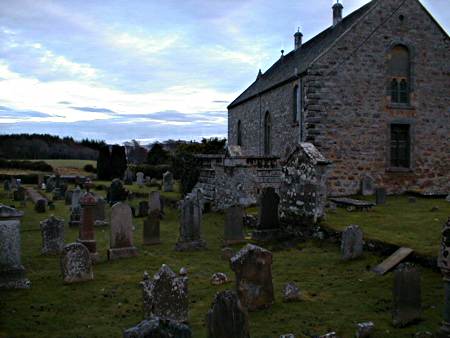 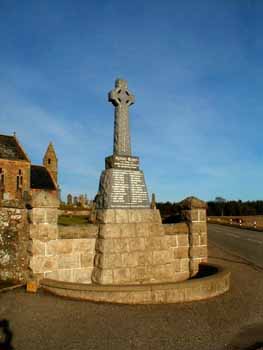 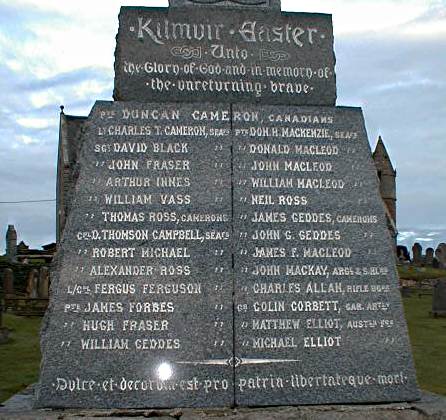 The Latin Translation reads:
“It is sweet and fitting to die for the homeland.”