The oldest record about the parish of Kilmuir Easter states that in 1296 Roger de Foderingeye was “vicar of the Church of Kilmor”, but it is only from the Reformation of 1560 that there is a continuous record of the names of the ministers there.

The church which was built in 1621 was “T”-shaped and had three galleries, if not at first, then certainly by 1771, the date of the oldest surviving Kirk Session minute, which also tells us that the galleries were named after local landowners, Cromartie, Balnagown, Kindeace, Priesthill, and Sir John Gordon. In the cemetery there are graves from this period before the building of the present church in 1798.

In 1843 at the Disruption the Rev. Charles Matheson led most of the congregation out of the Church of Scotland to join the newly formed Free Church, building a new church (demolished in the 1980s) at Lower Tulloch. The remaining Church of Scotland congregation had an uphill struggle in the following decades, but by 1900 was in a position to refurbish the interior of the 1798 building, when the pulpit was removed from the south wall and a new one put in the north east corner, the seating and other church furniture all totally renewed, and the three galleries reduced to one as the population of the parish (quite apart from the Disruption) had more than halved during the 19th century. 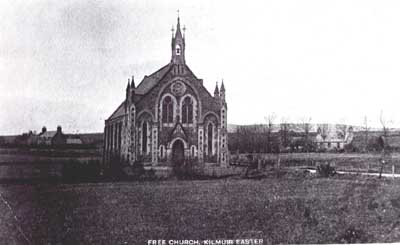 A church at Kilmuir Easter can be traced back to 1296. The present church was built in 1798 on the site of at least two previous churches. This church had seating for 900 from 350 families in the parish and had three galleries. In 1904, the church was extensively refurbished and only one gallery now remains. The gallery contains box pews which were once occupied by the MacKenzie family of New Tarbat House and other local landowners.

Attached to the east end is part of one of these earlier churches, together with a round tower with the words “Beigit 1616”. The smaller building between the tower and the church is part of an earlier church and is the burial vault of Mackenzies, Earls of Cromartie.

Further information is available in the Kilmuir and Logie Easter Church of Scotland and the History of Kilmuir Easter Church sites. 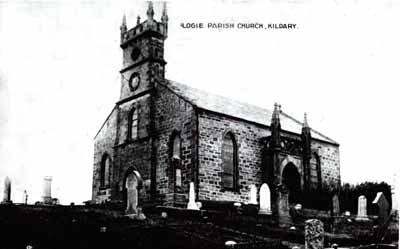 Bi-centenary of the present church in 1998

Read more about the Bi-Centenary Celebrations 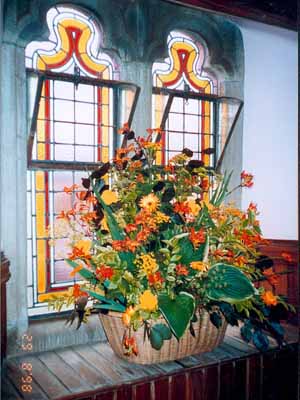 View more photographs of the Churches and Centenary celebrations.