Oil Rig being refurbished at Invergordon, and others waiting in the firth. 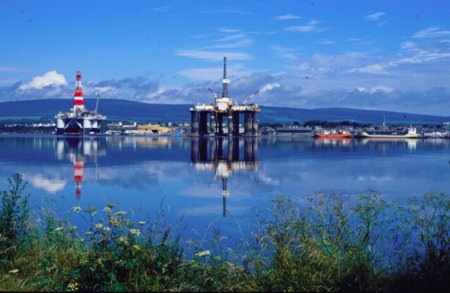 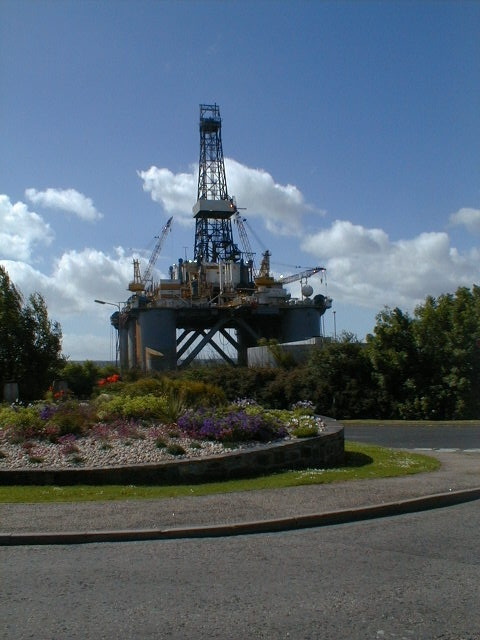 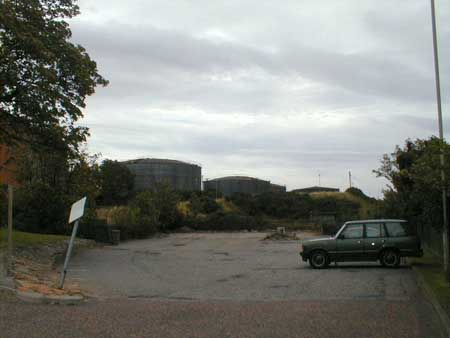 We have received a great deal of information from a senior manager at Invergordon Smelter.  Please visit this page from more information. 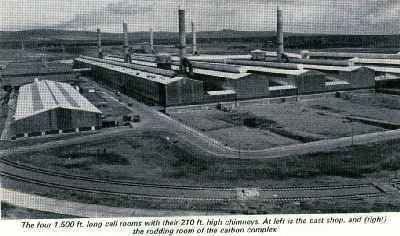 The Cromarty Firth port of Invergordon began its connection as a cruise liner destination in 1978 when the first visitor was the MV Kungsholm, a 26,678 tonne vessel owned by the Swedish America Line, carrying 730 passengers.
Moving on to August 2016 the 1000th liner to dock at the port was the MS Koningsdam, of 99,836 tonnes, newly launched by Holland America’s Line and capable of carrying 2,606 passengers.
During 2016 a total of 63 cruise ships called at Invergordon with, in all, some 97,813m passengers. A “first” was the visit of the Disney Magic which is expected back in 2017, as is the Koningsdam.
Much of the success of Invergordon as a cruise liner destination is due to Captain Iain Dunderdale who joined the Port Authority in 1981 as assistant harbour master, then base manager, then deputy harbour master. In his involvement with Cruise Europe he worked to encourage American liners to come to Europe, and he has worked with the marketing body Cruise Scotland.
The Cromarty Firth Port Authority has plans for a £25m quay expansion, with a new berth and passenger facilities to cope with vessels carrying 5,000 passengers, each visit contributing to an estimated £500,000 to the local economy. 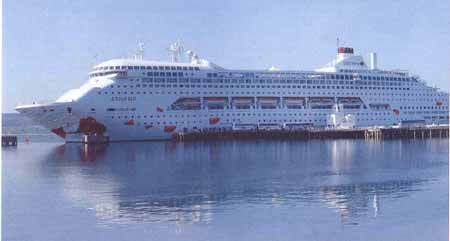