The name of Invergordon can be traced back to Sir William Gordon, father of John, who owned the estate on which the town now stands, then named Inverbreakie.

Sir William, a London banker, purchased the estate around the beginning of the 18th century and laid plans for the building of a town nearby. His political ambitions led to his representing Sutherland during five parliaments between 1708 and 1727 and the county of Cromarty-shire during 1741-42.

Sir John Gordon succeeded to his father’s seat in 1742 and by 1745 was Secretary for Scotland.

The bust of Sir John Gordon, created by French artist Edmé Bouchardon in 1728 when he studied in Rome, waw gifted to Invergordon in the 1920s when Invergordon Castle was sold. It had been fortunate to survive a serious fire in the castle in the 1820s.

The story now moves to the research of Charles Pearson, a retired teacher from Delny who passed away in 2015. At some time in the 1990s, and at a craft fair in Invergordon, Mr Pearson noticed the bust propping against a wall at the back of the room and recognised its potential value and importance. As a result of his investigation, which included attempts to identify the bust through contact with the Ashmolean Museum in Oxford, the Louvre in Paris and the Scottish National Portrait Gallery, his efforts were rewarded when the bust was retrieved in 1998 from storage in Balintore, and valued by Sotheby’s at £1.4 million.

Transferred to the care of Highland Council, it was not possible for the bust to be on display locally due to the high cost of insurance. However, in 1916, the Louvre in Paris was loaned the bust as part of its tribute to Bouchardon, entitled A Sublime Idea of Beauty. At the end of its time in the gallery it was due to move to the J Paul Getty Museum in Los Angeles prior to being returned (presumably) to Scotland.

It would be an appropriate tribute to Mr Pearson’s research if the bust of Sir John Gordon could be retrieved from its present anonymous home and be gifted to the National Museum of Scotland to go on public view, as was his desire. 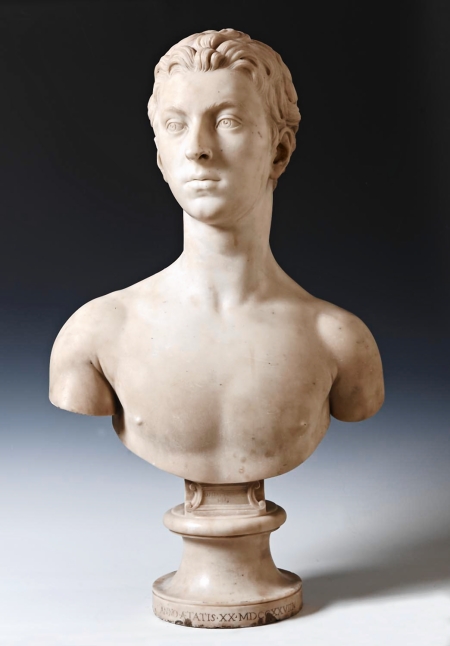