Captain Duncan Gordon, R.A., killed in action in May 1944, was the youngest son of the late Mr and Mrs Robert Gordon, Pitkerrie, Fearn, and husband of Pamela Paton. He was 38 years of age.

News has been received of the death in action in Burma in May 1944 of Captain Duncan William Gordon, C.A., 100 Comiston Drive, Edinburgh. He was the youngest son of the late Mr and Mrs Robert Gordon, Pitkerrie, Fearn, Ross-shire. He received his education at Tain Academy, and then came to Edinburgh to service his apprenticeship with Messrs A. T. Niven & Co., C.A. After qualifying as a chartered accountant, he was assumed as a partner in the firm of Messrs W. R. McDonald & Gordon, C.A., 27 Alva Street, Edinburgh. He received his commission as a Territorial in the Royal Artillery in June 1939, ultimately attaining the rank of Captain. After serving in various parts of the country, he proceeded to India in May 1942. He was a keen golfer, being a member of the Bruntsfield Links Golfing Society. Captain Gordon, who was 38 years of age, is survived by his wife, who is a daughter of Major Paton, Wrentham, Suffolk. She is at present serving in the A.T.S.

A.B. Thomas Hughes, Royal Navy, killed in action, is a grandson of Mr and Mrs Tom Vass, 4 Bank Street, Balintore. He was in the Royal Naval Reserve when war broke out and was called up immediately. Well known and popular in Balintore, Hilton and Shandwick, his cheerful personality will be greatly missed. Much sympathy is extended to his wife, who resides in South Shields, and his mother, who is in Australia. A brother served with the Australians in the Middle East, but was wounded and sent back to Australia.

Pte. John Marshall (21), The Seaforths, missing, is a grandson of Mr and Mrs James Mackay, 13 New Street, Inver, Fearn, and prior to the war was a joiner to trade in Tain.

Official information has been received of the death on service of Flight-Sgt. Hugh Murray, RAF. The son of Mr Murray, merchant, Fearn, of which parish he was a native, he was educated at Tain Royal Academy. He joined the RAF at the outbreak of hostilities and saw service as a pilot over Germany, in Malta and in the Middle East. He had also for a time acted as an instructor in Canada.

Cpl. Wm. G. Paterson, The Seaforths, prisoner of war, is a son of Mr and Mrs Paterson, Wester Arboll, and late of Rockfield, Portmahomack.

Official information has come from Kirkwall that George Robertson, Knocknahar Cottage, Inver, Fearn, was lost in the sinking of HMS Courageous. Deceased was a Petty Officer on the Naval Reserve and was called up a few days before war was declared. Prior to his return to service, he was employed as an engineer- fireman at Fendom, near Tain. About 40 years of age, he is survived by his widow and a young child, who are at present in residence in Kirkwall. To them deep sympathy will be extended.

See entries below for details of his two brothers

See entries above for details of his two brothers

Pte. Alexander Ross, The Seaforths, missing, is the well known Tain cyclist, who gained many prizes in all parts of Scotland. His wife and child reside with her parents at Balaldie, Fearn.

Second Engineer Angus Ross, Merchant Navy, previously reported missing at sea, is now presumed to have been lost at sea. He was the younger son of the late Mr George Ross, who was for many years headmaster of Geanies Public School, Fearn, and of Mrs Ross, Learig, Portlethan. Deceased was well known in the North and North East of Scotland. While employed with His Majesty’s Office of Works in Renfrewshire, he was appointed insurance engineer with Insurance Engineers, London. He joined the Merchant Navy in 1942 and sailed as second engineer.

Pte. Walter Ross (33), The Seaforths, missing, is the son of Mr and Mrs A. Ross, 7 Shore Street, Inver, Fearn. His wife and family reside at Lower Geanies, Fearn.

During the weekend, Fearn Seaboard Villages were sorry to learn that Mr Wm. Ross, 3 King Street, Hilton, had been notified by the Air Ministry that his son, Pilot Officer Wm. Ross, has been officially posted “missing”. Everyone feels deeply for the respected parents of this most popular young man, and those who have watched his successful career in the Metropolitan Police and the RAF will join in hoping that the next news may be the good news of safety. Three brothers of the missing officer are serving in the RAF, and one in the Army.

2/Lt. J. Douglas Scott, The Seaforths, missing, is a son of Mr and Mrs James Scott of Fearn Farm, Fearn. Prior to the war he was associated with his father in business. He is also a well known and popular member of the Ross-Sutherland Rugby Club. 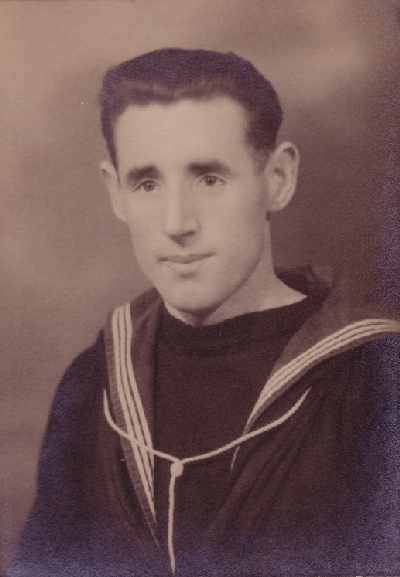