Tain Airfield was a major RAF fighter and maritime patrol airfield during World War Two, and still remains famous today, both at home at abroad. Among the airfield’s many feats was sinking some of the last U-boats during the conflict, one of which (U-534) has since been salvaged to become a popular museum at Birkenhead in Merseyside. Tain Airfield continues to be tangible, with its control tower especially being somewhat iconic and extremely evocative.

Both memorials are the main standardised design already widely utilised by the Airfields of Britain Conservation Trust (ABCT), and its objective is to eventually commemorate each known disused airfield site in Britain with one of two forms of standardised granite memorial – well over 80 have already been unveiled to clearly major effect, with nearly 200 of them to be in place by the end of 2018.

ABCT is the world’s first national airfield charity, truly revolutionary, and making a real difference to the advancement and betterment of everyday society. 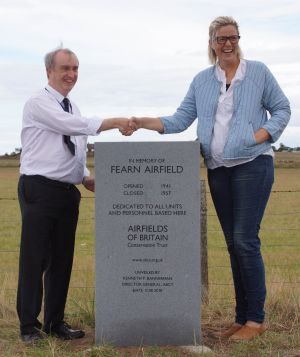 Kenneth P Bannerman, Director General ABCT, unveiled the memorial on 11 August 2018 on the site of the former airfield which opened in 1941 and closed in 1957. With him is Charlotte Seddon.
Attribution: unknown

A visitor to the area was intrigued to find the remains of what he identified as a cinema which he described as having “the projection box which had separate rewind and rectifier rooms”. There were no other buildings in sight, just fields of crops.

This was confirmed as correct by Susan Kruze of Arch Highland who provided the above photograph and added: “…. the remains of a cinema at Fearn, and each year it collapses a bit more. It is in the accommodation part of the camp; the officers’ mess nearby had great murals but, like the walls of the cinema, each year they are becoming more ruined.” 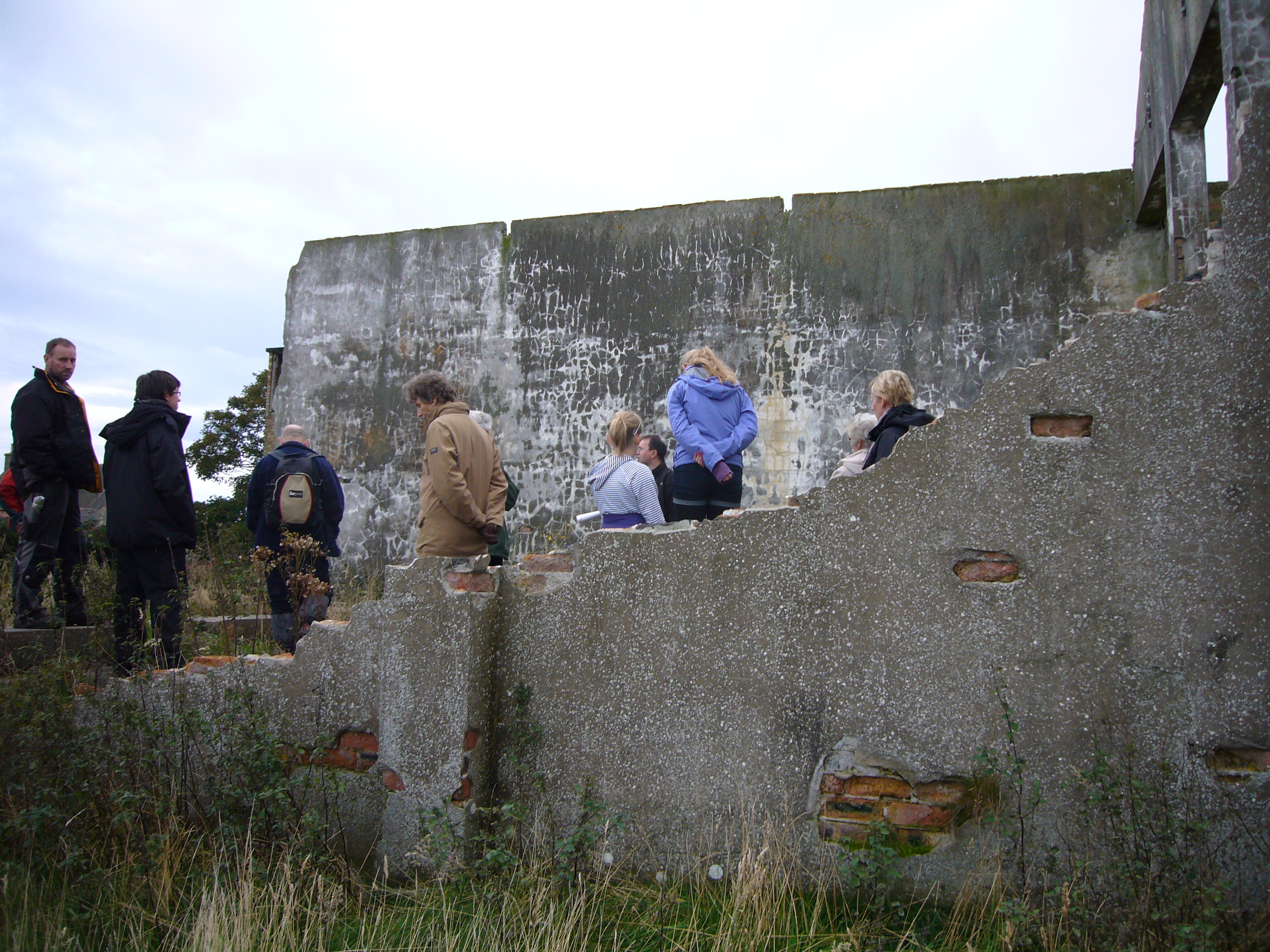