Ardross Church was built by Mr C W Dyson Perrins of Ardross Castle as a thanksgiving for the recovery of his wife from a serious illness. A Deed of Declaration of Trust was presented at Edinburgh on 1st August 1899 and the foundation stone was laid by Mrs Perrins on 17th August of the same year.

The church, which was built to hold 500 people, was gifted to the people of Ardross as a place for worship under the trusteeship of the Ministers of Rosskeen Church of Scotland and Rosskeen Free Church. Ardross Church is non-denominational.

Stone to build the church was transported from aredundant church in Inverness, bought by Mr Perrins and dismantled. Stone and other parts not required were given to the freemasons and used to build the present Masonic Lodge in Alness. The Perrins family, their estate workers and visitors worshipped at the church regularly and in 1901 the Perrins’ youngest child, Catherine Elizabeth, was born at Ardross Castle and baptized in the church. 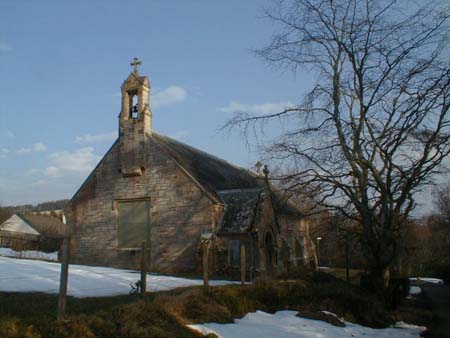 A non-denominational church where services can be held for several religious denominations.

Heating and lighting were provided free by the estate and the interesting and well-preserved bank of switches on the left of the entrance from the porch are original. 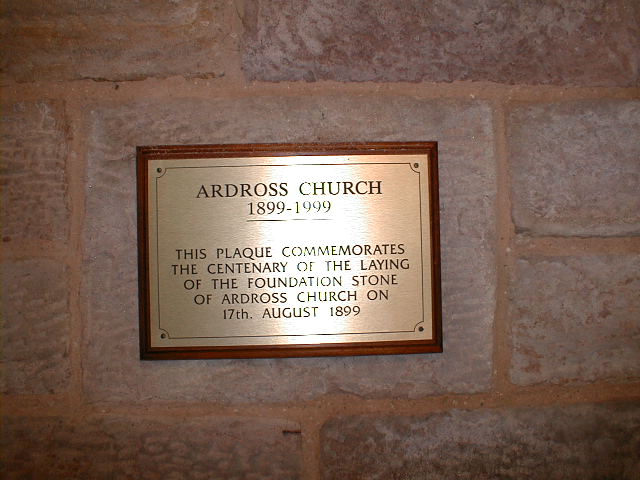 The large coal burning stove used to heat the church has been removed. A plaque was erected on the wall at the site of the stove to mark the church’s centenary in 1999.

On the rear wall is a poignant reminder of the sacrifice made by many Highland communities in the Great War of 1914-1918. Many of the names are those of estate workers, but also included are some Ardross men who had settled in the dominions. The men are remembered each year with a wreath of poppies on Armistice Day.

In the east wall is a fine orbicular stained glass window and on either side of the communion table are windows dedicated to Saint Andrew and Saint Columba.

At the Perrins family pews are windows depicting Faith and Charity and a plaque commenorating their son John Stuart Dyson Perrins who died in 1913 aged 15 years.

For many years the church was used on a regular basis but in 1937 the castle was sold and the support of the estate for the church was lost. Over the years the building deteriorated and fell into disrepair until, in 1972, a public meeting was called to raise funds to at least make the building weatherproof.

As usual, the people of Ardross rallied round and the building was re-pointed, refurbished and electricity was installed to provide heat and light directly. The stained glass windows were refurbished and the church is now a listed building, Category C. A service of thanksgiving for the refurbishment was held on Easter Sunday, 1973.

Expenses are kept to a minimum, members of the congregation giving of their own time to maintain, wherever possible, the fabric of the building. All cleaning and grass cutting is done on a voluntary basis.

The Board of Management and the Trustees are most appreciative of all the voluntary help and donations given over the years, and the provision of car parking in 2009 by the Ardross Estate is most helpful.

Viewing of the church can be arranged by request. 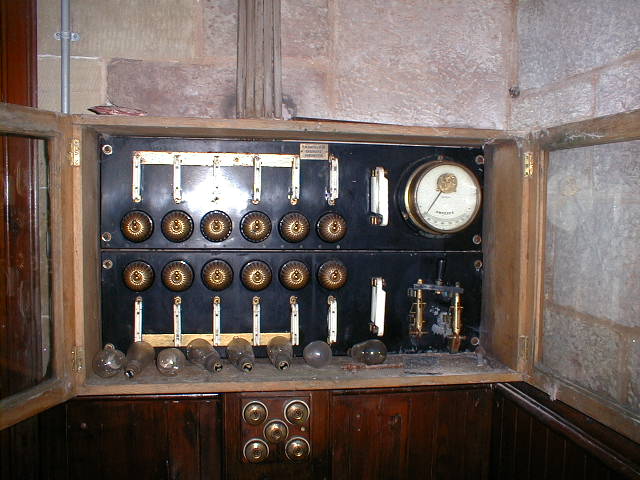 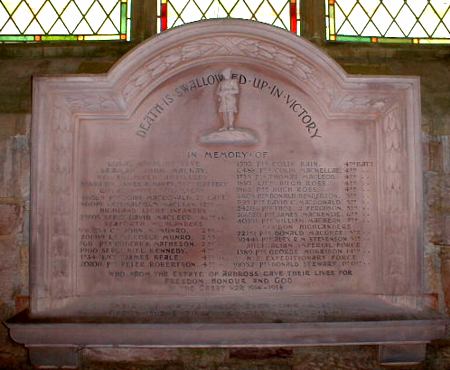 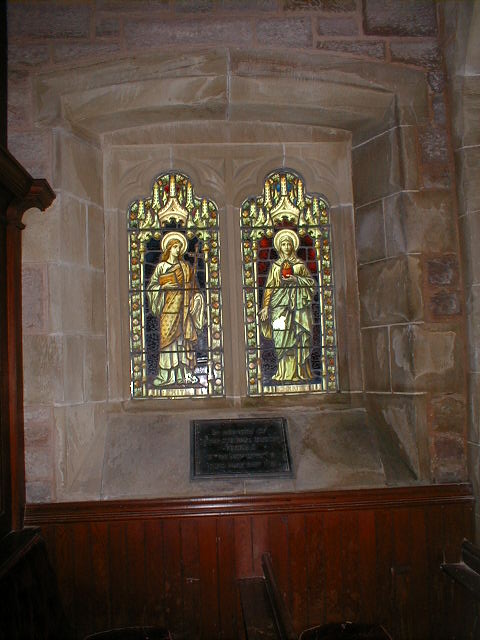 Ross and Cromarty Heritage Society is grateful to June Munro and Margaret Black for permission to reproduce this history of Ardross Church, written in May 2009. The photographs included are those of RCHS.

The photographs on this page are a small selection of the very interesting photos about the church.  Place visit the photograph album below to view more photographs. 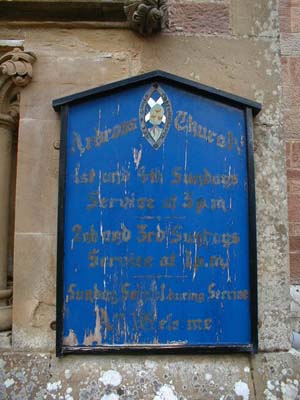