The Memorial is sited at the Alness Point Business Park and was dedicated on 16 October 2001.

Funding for the Memorial came from Ross & Cromarty Enterprise (RACE), Novar Community Windfarm Fund and the Highland Branch of the Aircrew Association. The design was created by architect Calum Anton, and researched by Roy Keen with acknowledgement to Jim Hughes.

In World War Two the base, a natural choice by Coastal Command for marine craft use, covered a big area locally and was served by a large number of RAF men and women. It acted as an operational and training base for aircrew.

Aircraft were mainly Catalinas and Sunderlands together with Air/Sea Rescue units and many other ancillary sections usually found on a major RAF station.

On 25 August 1942 HRH. The Duke of Kent who was due to visit troops in Iceland took off in a Sunderland of 228 Squadron from the Cromarty Firth. In heavy rain and mist the aircraft crashed on the mountain Eagh Rech (Eagle Rock) near the village of Berriedale. All aboard were killed except one. The tragedy was found to be due to pilot error.

For more information on aviation in Easter Ross and the Moray Firth areas see “A Steep Turn to the Stars” by Jim Hughes. 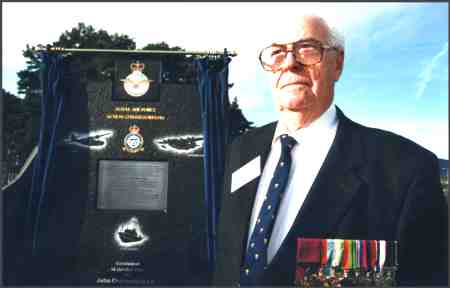 This photograph shows John Cruickshank, VC, after he unveiled the Memorial to aircrew and all others who served at RAF. Alness (Invergordon) on the Cromarty Firth from 1939 to 1986.

John Cruickshank was awarded the Victoria Cross for his part in the sinking of a German U-boat and bringing his crew, two of whom were killed, and badly damaged Catalina aircraft back home, although being severely wounded himself. 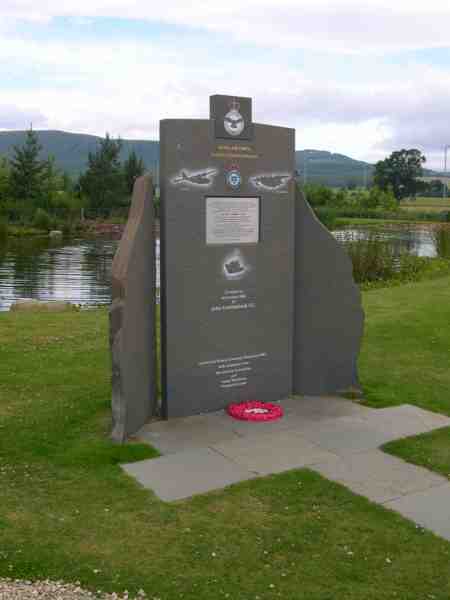 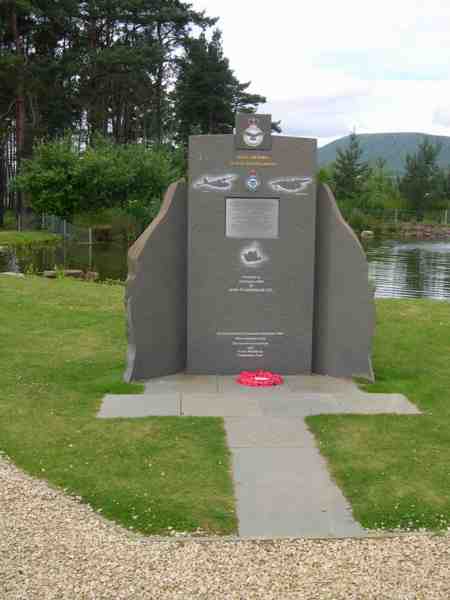 THIS MEMORIAL AT ALNESS POINT ON THE CROMARTY FIRTH
MARKS THE SITE OF THE FORMER WORLD WAR TWO COASTAL COMMAND
FLYING BOAT BASE AND IS DEDICATED TO THE MEMORY OF ALL
WHO SERVED HERE – SOME OF WHOM BOUGHT
FREEDOM FROM TYRANNY AT THE EXPENSE OF THEIR LIVES. 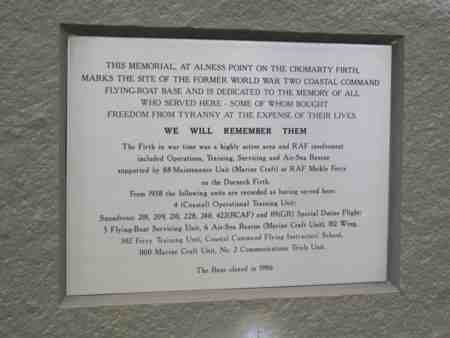