On 10 September 2016 a rededication ceremony was held at Alness War Memorial following a refurbishment.

A new precision steam cleaning process to remove moss and algae from the lettering was used to transform the memorial – which was barely legible – after Alness natives from home and abroad gave generously to a fund set up to pay for the work.

Alness Community Association launched the appeal to refurbish the 20ft high memorial at the east end of the High Street after it was decided it would be funded in the same way the memorial had been paid for in 1920 – by public subscription. Extra donations meant a fund was in place to pay for the upkeep of the memorial and any further restoration work it may require. The total raised was £8500.

The service was intended as a ‘thank you’ to all contributors.

The restoration was carried out by conservation stonemason John Maclean of Dingwall and took around four days to complete. The steam cleaner was bought specifically for the task as it was thought it would be less damaging to the sandstone than power washing, which took the surface off the memorial when that was carried out back in the 1980s.

After the great losses of World War 1, the Alness War Memorial was erected through public subscription and unveiled in 1921 to commemorate those from Alness and Wester Rosskeen who had been lost.

In 1949, following another public subscription, the names of those who died in World War 2 were added and the memorial rededicated. In total it now lists 114 local people who made the ultimate sacrifice for their country – 85 in WW1, 28 in WW2 and one in the Northern Ireland conflict.

The whole structure needed careful cleaning, all the joints re-pointed and other much needed restoration work. The association also received support from Highland Council and SSE sub-contractors BAM Nuttall and Siemens, who were working nearby at Fyrish.
[Text courtesy of The Ross-shire Journal]

RCHS Note: In September 2016 the Ross-shire Journal reported on an entry in the restored memorial, and details are reproduced courtesy of the Editor.

Annie Kerr was the only woman with her name inscribed on Alness War Memorial. She lost her life at the age of 51 in the sinking of the SS Ceramic which was being used as a military hospital boat when it was torpedoed by the Germans during World War 2.

The boat was carrying 656 people and sailing across the Atlantic from Liverpool to Australis when tragedy struct, overnight, on December 6-7, 1942. Passengers and crew scrambled into lifeboats following the attack, close to the Azores, but many of them capsized amid a storm and there was only one survivor. Sister Kerr, who lived at Coulhill, Alness, was among those lost.

Sister Kerr, who was born and brought up in Lochinver, completed her nurse training in England before moving north to work as a staff sister in the Ross Memorial Hospital in Dingwall. Her name is inscribed on both the Alness and Lochinver war memorials. 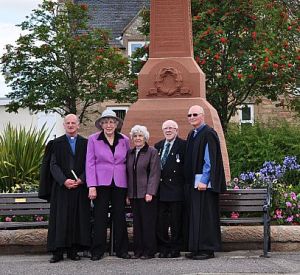 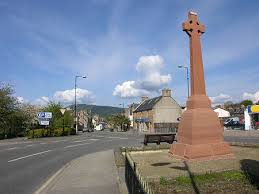 Left Hand Side of Memorial facing the Perrins Centre 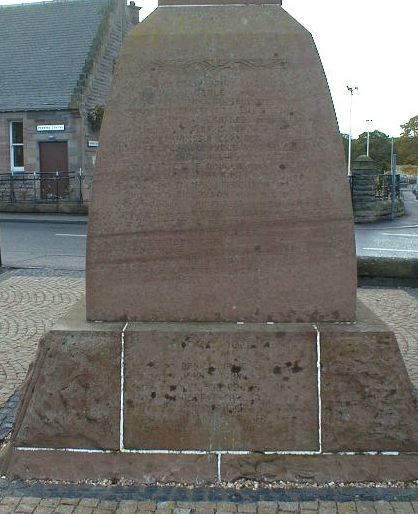 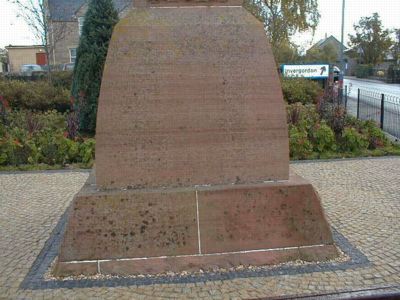 Right hand side of war memorial 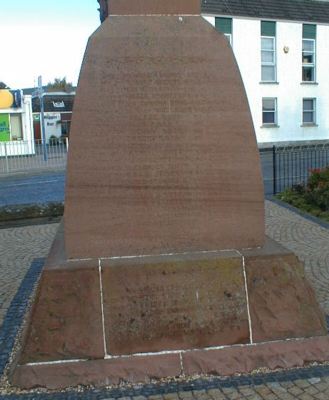 On the 6th November 2022, a new memorial was unveiled in the Garden of Remembrance to commemorate the local men who died in the First World War, Second World War, and in any succeeding conflicts. Organised by Alness Community Council with a contribution to funding gifted by Novar Wind Farm, the event was officially opened by His Majesty’s Lord Lieutenant of Ross and Cromarty, Mrs Joanie Whiteford, and finally followed by a service delivered by Rev Robert Adair. The new memorial was constructed as an alternative way to
display the information already presented on the old memorial due to the legibility and quality of the text declining in recent years. The opening was also attended by local Primary school pupils and students from Alness Academy to engage the community with its own past.
The inscription carved at the bottom of the memorial reads as follows:

“This stone commemorates the men of Alness and West Rosskeen who at their country’s call went forth to defend their homes Empire, endured untold sufferings and passed from the sight of men by the path of duty and sacrifice.
The dust is in the desert and the deep and yet triumphant o’er the grave their spirits never sleep, but guard the freedom which they died to save.”

Information on the day was reported by The Ross-Shire Journal.