“This stone marks the only place in Ross-shire in which the Sacrament of the Lord’s Supper is known to have been dispensed to the Covenanters during the days of persecution. Respecting the command of their divine Redeemer, more than they feared the fury of the oppressor, they met here on a Sabbath in September 1675. Soldiers were sent to apprehend them but they did not arrive till the Communion was over and the congregation had dispersed. The Rev John McKilligan of Alness was the officiating minister on that interesting occasion, assisted by Mr Anderson of Cromarty and Mr Fraser of Daviot. This stone was designed as a token of respect for the memory of men who loved their Saviour better than their lives. As a testimony against the unscriptural system, the baseless pretensions and the persecuting spirit of Scottish prelacy and as a stimulus and encouragement to all who would fain be followers of that which is good.” 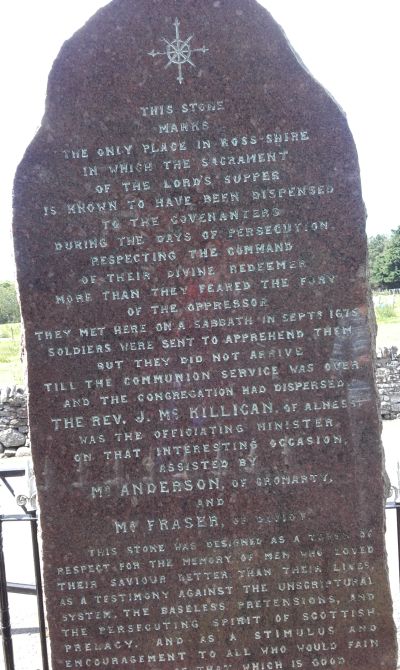 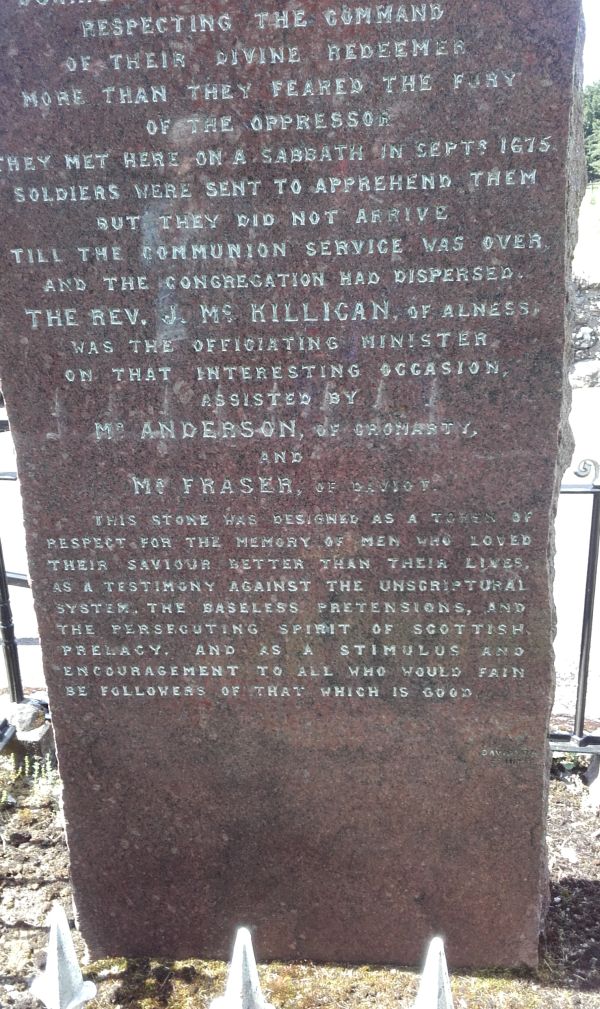 Note: the stone is not set at an angle; it is difficult to photograph due to the slope on which it sits.       Attribution: RCHS

This aeroplane propeller, on a site near Alness high street, serves as a reminder of the importance the nearby air station played during the Second World War. 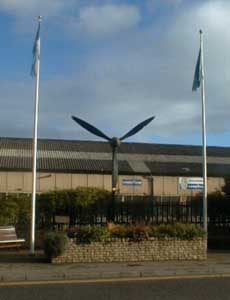