In the September 2014 edition of Muir Matters, the Muir of Ord community magazine, there appeared a copy of the Roll of Honour of the old Tarradale School.

In the article accompanying the photograph it was explained that the original roll is faded with age, making reproduction impossible, but with the aid of modern technology it had been possible to scan, enhance part of the document and retype the names.

The Roll lists 25 ex-pupils of the school who lost their lives in WW1. Four died on the same day, 9 May 1915, at the battle of Aubers Ridge, where the Muir of Ord men were amongst 11,000 British casualties of the day. The first name on the Roll, K Mackenzie, was among 260 men who lost their lives when the cruiser HMS Pathfinder was sunk by a German U-boat off St Abbs Head on 5 September 1914, the first vessel ever to be sunk by a submarine-fired torpedo.

The Roll expands on the information on Muir of Ord War Memorial under the headings Name / Rank / Regiment / Battle / Date / Residence, as follows: 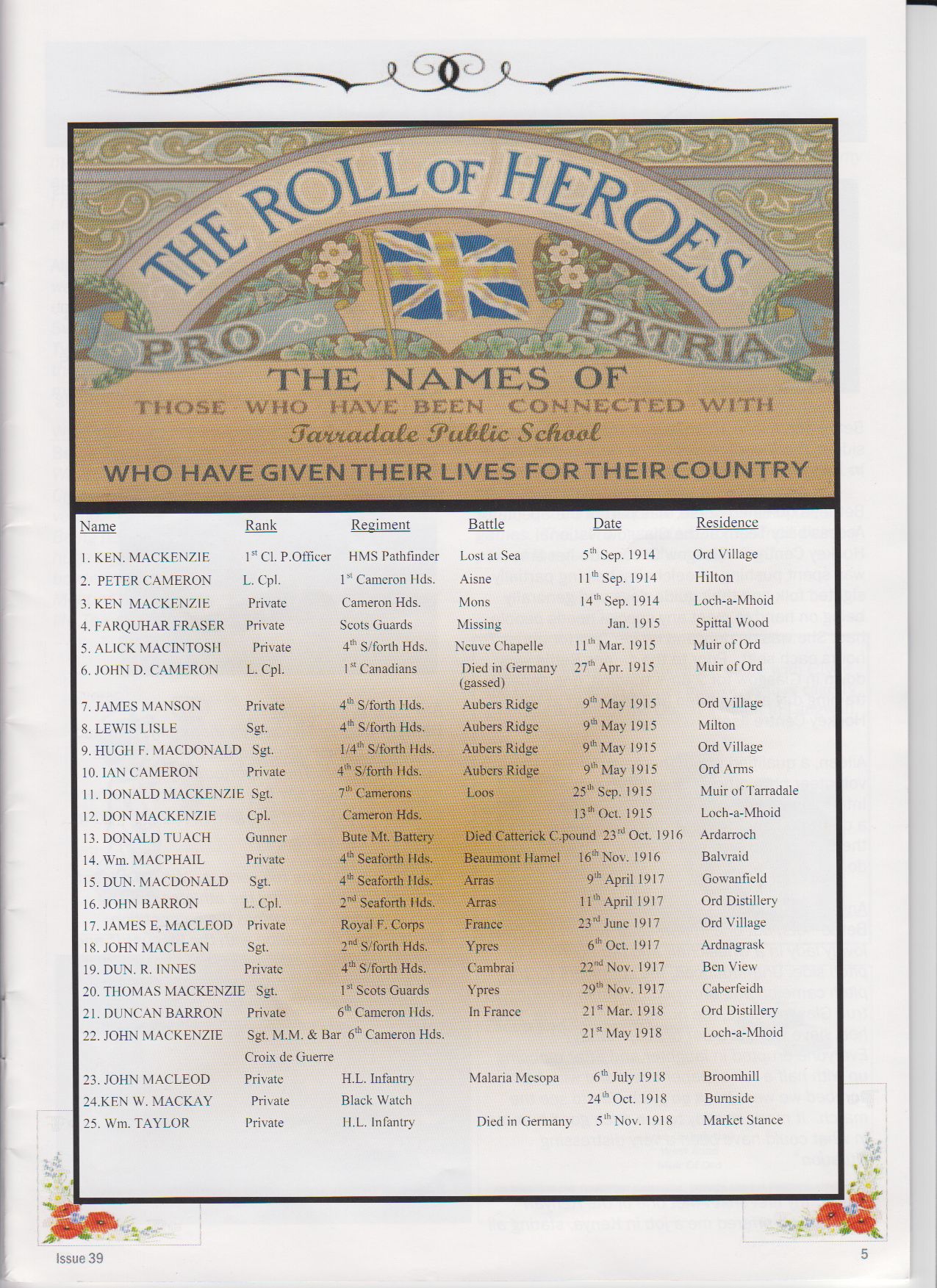 The Roll of Heroes

Those who have been connected with

Who have given their lives for their country

RCHS Note Ross and Cromarty Heritage Society is grateful to Muir Matters for permission to reproduce the above information and photograph.