The information on Miss Amy Frances Yule appeared in The Ross-shire Journal of 2 September 2016 and is reproduced courtesy of the Editor who, in turn, received permission from Dr Eric Grant to reproduce details from his research into Miss Yule’s life.

“Her abhorrence of personal advertisement was such that there is no known portrait or photograph of her.” 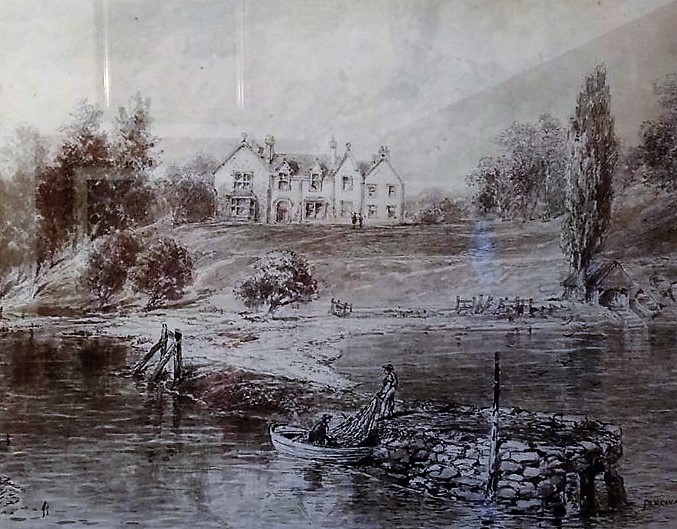 Amy Yule was the only child of Sir Henry Yule and his wife Anna Maria White. Her ancestors were importantm figures in their day, including her grandfather, General Martin White, and great-grandfather, Dr Kenneth Murchison of Tarradale, whose son, Sir Roderick Murchison, the noted 19th century geologist, was Amy Yule’s great-uncle.

While her father was with the Bengal Engineers in India, Amy was educated by her mother and at Winnington Hall, a girls’ school supported by John Ruskin, the art historian and critic, who was to become a family friend and whose ideas of progressive education for ordinary people became a major influence on Amy.

Her mother’s ill-health brought them to Geneva and Tuscany and, finally, for 11 years to Sicily where her mother died in 1875.

Amy then commenced a literary career, living in Athens for some time while undertaking research into Greek history which led to two books, one on the Cretan insurrection and the other becoming the fifth edition of Murray’s handbook to Greece. This was the first and only time it was published in two volumes as Amy included much on medieval and Byzantine history that had been hitherto (and subsequently) ignored.

She inherited a considerable fortune when her father died at the end of 1889 and she used that for further foreign travel and to rent, and subsequently purchase, Tarradale House near Muir of Ord. 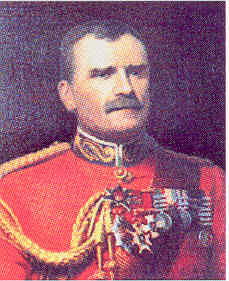 Although RCHS has neither photo of Tarradale House nor Miss Amy Yule, this is a photograph of the painting of Major General Sir Hector Macdonald commissioned by her.

Amy was greatly impressed by the life of her illustrious great-uncle, Sir Roderick Murchison, who died in 1871 with no direct heirs, and she felt that by purchasing Tarradale House, Sir Roderick’s birthplace, she was regaining an ancestral home.

Once established at Tarradale she enlarged the already substantial house by adding a library wing to accommodate her huge and growing collection of books and pictures, and undertook further building works by having a walled garden and attractive outbuildings constructed.

She was very much a pioneer working in a man’s world as she dealt directly with builders and contractors who often were not aware that they were corresponding with a woman as she always signed herself ‘A F Yule’.

Her library was remarkable for including books on science, geology, natural history and practical manuals for workmen, an unusual collection to be put together by a woman before World War 1. It was while at Tarradale she revised the third edition of her father’s great work on Marco Polo and she dedicated it to the memory of Sir Roderick Murchison,”from the old Murchison home”.

Once established at Tarradale, and with sufficient funds helped by a further inheritance, her charitable work expanded and she was a ready contributor to any appeal or fund-raising campaign, especially for the relief of survivors or families affected by wars. She gave money to local causes and founded the library of Dingwall Academy as well as giving books to other schools. Apparently a good shot, she presented the prize cup for shooting to Dingwall Academy. Miss Yule also commissioned and paid for a portrait of General Sir Hector Macdonald to be presented to Dingwall Town Council.

She was fluent in several languages, including Gaelic; was a staunch supporter of all things Gaelic, and was on the platform at the National Mod.

RCHS Note: No doubt Miss Yule would have been prominent at the National Mod in Dingwall in 1905 and at the celebrations following Dingwall Gaelic Choir winning the Lovat and Tullibardine trophy in 1913.

She was responsible for a large number of literary inscriptions that can be found on the exterior of Tarradale House. She also paid for the erection of a number of commemorative marble plaques on the external wall of the old ruined building in the graveyard at St Clement’s Church in Dingwall – the wall supporting these plaques is now in imminent danger of collapse.

RCHS Note: The old ruined building" is St Clement's Aisle which Dingwall History Society has been striving for several years to have restored, as it is reported to be the oldest building in the town.

Amy was a great patriot and would do anything in her power to help soldiers. During the Boer War she sent money and an encouraging text in English and Gaelic to local men who volunteered and she continued to do so during World War 1. She sent appropriate parcels to local men in action and a number of her letters to local volunteers still survive in the hands of the families who received them, the recipients being greatly honoured to have been encouraged and financially helped by “Miss Yule of Tarradale”.

Amy was known by many of the foremost writers and thinkers of the day as well as being greatly respected in the local area. Despite her great energy and forthright nature – she would argue with ministers about their interpretation of Scripture in the middle of their sermons – her personal life was kept to herself.

After she died, somewhatunexpectedly at the age of 63, on 24 August 1916, her funeral was a private event that took place just two days later with her interment in the mausoleum that she had built in the grounds of Tarradale House.

A full and detailed obituary, published in the Ross-shire Journal of 1 September of that year, described Miss Yule as: “A woman of remarkable individuality, an enthusiast in every good and every patriotic cause; punctilious to resoluteness, she stood with almost masculine insistence and feminine immovability for every form and tradition sacred to Scotland, and Gaelic Scotland most of all”.

It went on the explain that Amy was an “intense Jacobite” whose “big, warm, impulsive heart still dominated her every action”.

Her abhorrence of personal advertisement was such that there is no known portrait or photograph of her – despite her being happy to commission or collect portraite of friends and relations.

As she had no close family or descendants she left Tarradale House and all her possessions and money to set up the Murchison of Taradale Memorial Trust – this time spelling Tarradale with one “r” which she considered to be the original form – to provide a place of education and “rest and recreation for poor scholars”.

She was greatly influenced by her friend and mentor John Ruskin who had promoted the idea of working men’s colleges, and this was reflected in the library at Tarradale with its collection of books on scientific and practical subjects. Many of the local grandees and landowners were trustees of the scheme, overseeing students coming to stay at Tarradale for a few weeks at a time where they were encouraged to read in the library and to take fresh air and study natural history.

Unfortunately her great scheme was not very successful and the kind of poor scholars that she had envisaged found it difficult to get time off work or to pay the relatively modest fees charged.

Inflation after World War II eroded the value of her endowment with the result that the house was neglected – it had no electricity until 1960 – and fewer students came, precipitating a financial crisis that was only avoided in 1959 by the Scottish Education Department persuading the University of Aberdeen to take over the house and contents. The University of Aberdeen operated it as a field centre for students until 2003 when the house reverted to a private residence once more. 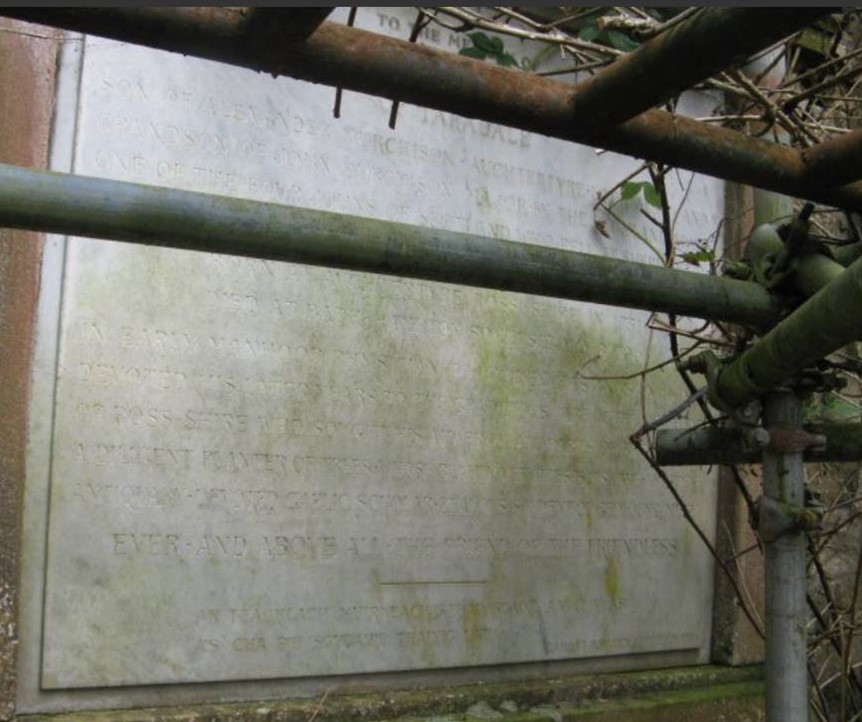 The last will and Testament of Miss Yule of Tarradale.

Attribution: Nairnshire Telegraph and General Advertiser for the Northern Counties: 1916.