The centenary of the end of World War I

At 6.00 am on Sunday 11 November 2018 young piper Ben Martin (16) played The Battle’s O’er in tribute to those from Killearnan and Fettes who gave their lives in World War 1.

Later that morning dozens of local people gathered at the War Memorial to join the Rev Susan Cord and members of the community council to commemorate those who had died in armed conflicts.

The centenary of the end of World War 1 was marked by reading the names of the fallen, their resting places or memorials in France and Belgium and their homes in the parish, where known.

Readers included a group of teenagers as well as other residents. Nine of the dead had attended Tore Primary School and the present day pupils designed and made medals to express their gratitude to that lost generation. These were placed at the Memorial along with wreaths from the community, the church, Highland Council, and the Noble family who suffered the loss of three sons.

The commemoration ended with Anthem for Doomed Youth by Wilfred Owen, who was killed a week before the Armistice was signed. 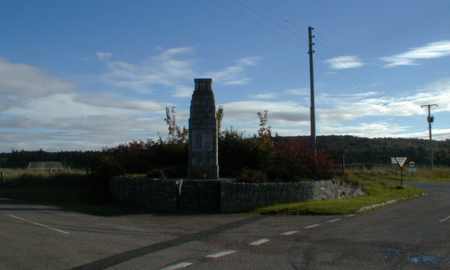 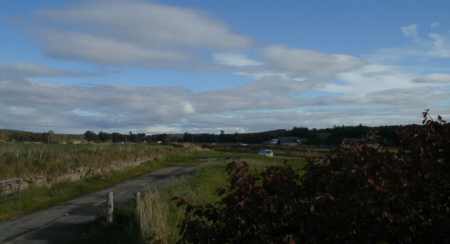 Two views from the Memorial. 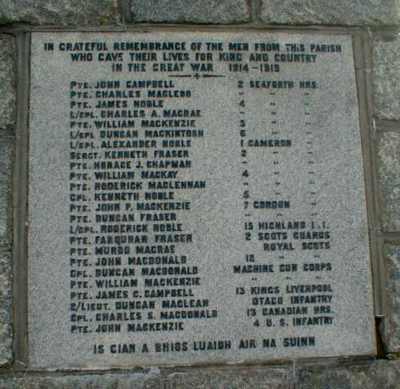 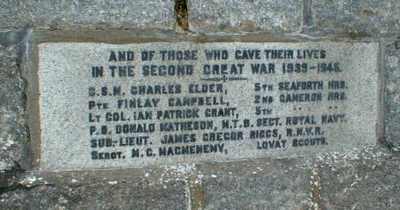