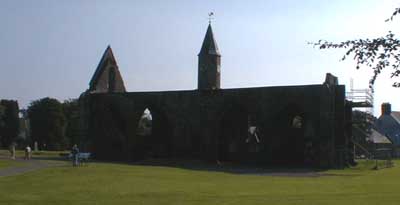 The Church of Scotland, Fortrose. 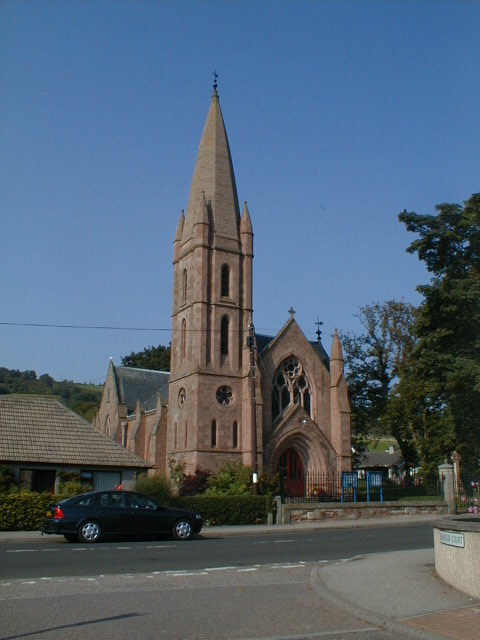 The Rosemarkie Pictish cross-slab, dating from the 8th or 9th century. It has crosses on both sides and elaborate and intricate designs, reminiscent of metalwork and illuminated manuscripts. It was rescued from the floor of Rosemarkie Parish Church in 1821 when rebuilding took place. Subsequently repaired, it stood outside the present church until 1980 when, to protect it from further weathering, it was given a new home in nearby Groam House Museum. In the 8th century, the Pictish King Nechtan ordered that the churches in his kingdom conform to Roman usages regarding calculating the date of Easter etc. This recognition of Papal authority is indicated by the presence of churches in nearby Fortrose dedicated to St Peter and shared with St Boniface who was King Nechtan’s agent in enforcing this change. It is likely that St. Boniface, or Curitan to give him his Gaelic name, was buried in Rosemarkie as well as St. Moluag, the Celtic saint who first established a religious settlement there.

To read more excerpts from the book Ye His Saints about other communities across Ross and Cromarty click on the link below:

Acknowledgment
Thanks are due to Mrs Dorothy Haldane for permission to record excerpts from her late husband’s book Ye His Saints. 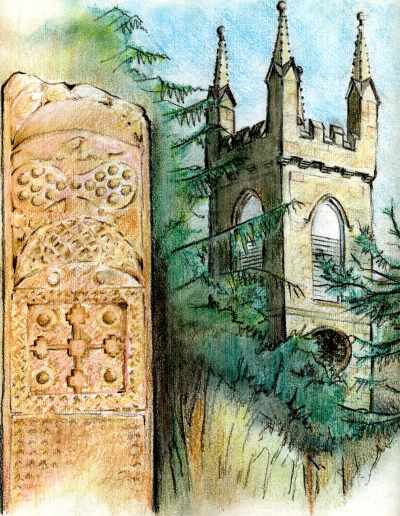 On Sunday 3 September 2017 the final services were held in the Free Church, Fortrose, prior to demolition and erection of a new church.

The church has served the community for over a century but structural problems have arisen which would cost several hundred thousand pounds in replacement and so the congregation has taken the decision to erect a new church on the present site. The adjacent town hall will be used for services while construction takes place.

Removing considerable amounts of soil from the site and delays due to weather conditions during the winter months Dec 2017- Jan 2018 have resulted in increased costs but the congregation has responded to the challenge of raising the estimated total of £750,000. 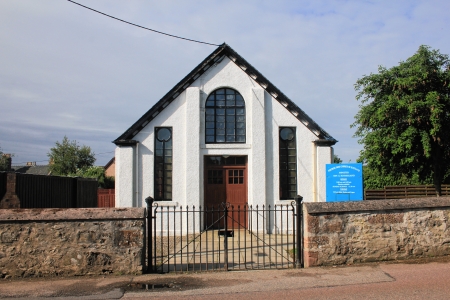 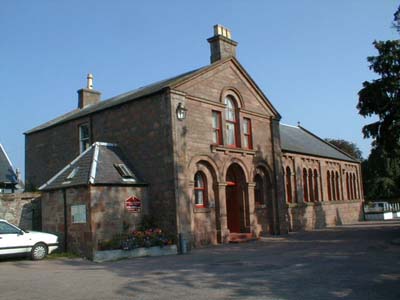