Rosemarkie was a centre of Pictish culture. Read how the Boniface baptised Necthan, a Pictish King and later built a church in Rosemarkie. Today St. Boniface is rembered each year at the St. Boniface Fair.

Listen to Fortrose, a Highland Village with a Bloody Past in the Crime and Punishment page.

Members of Rosemarkie WRI produced a history of the village in 1966. The document is reproduced on the WRI Project page with the permission of the President and members of the Rosemarkie WRI.

In 2006 the members of Rosemarkie WRI decided to emulate the Rylstone WI, Yorkshire by producing their own calander. read about the calander on WRI Calendar page. 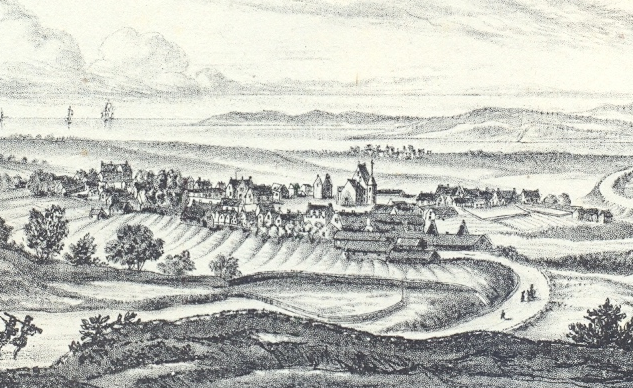 During the 1960s(?) there was a competition among Women’s Rural Institutes to produce a history of their locality and one which has survived is that written by members of Rosemarkie W.R.I.

Ross and Cromarty Heritage Society is grateful to the current President and members of the Institute for permission to reproduce this absorbing document.

Crime and Punishment in Fortrose

Ross and Cromarty Heritage Society is grateful to Janet Baker for permission to link to the short video entitled Fortrose A Bloody Past she has produced on the subject of crimes of theft, witchcraft and murder in centuries gone by.

Both engravings on this page are courtesy of Janet Baker.

Rosemarkie was a centre of Pictish culture and must have acted as a magnet to those remarkable Celtic missionaries who, inspired by the great Columba, preached the gospel in these parts. St. Moluag, Abbott of Lismore, who died in 577, was believed to have founded a monastery here, and St. Monan may also have been associated with the place as the piece of land shaped roughly like a crozier and known locally as Minnie’s Creek testifies.

But the saint most closely connected with Rosemarkie was a man who became known as Boniface. The origin of this man is shrouded in mystery. In the Aberdeen Breviary. Pope Boniface IV, an Israelite, with a large following including six bishops, went to Pictland. There he met King Necthan and baptised him and his nobles. Boniface proceeded to found 150 churches with as many bishops, and his day is given as March 16.

In the Codex Ultrajectinus, Albanus Kiritanus or Curitan, named Boniface, baptised Necthan, the Pictish king. Later he built a church at Rosemarkie and was buried there, having died on March 16. It was generally believed that these two were one and the same person, but behind the mist of legend it is now thought that there was probably one Curitan and one Boniface, who was the Pope. Because he was Pope from 617 to 614, he probably came into contact with the Pictish king., Necthan, who was reigning at that time.

Curitan, called Boniface, was entered in the Martyrology of Tallaght as being an Irish bishop who may well have been responsible for introducing Roman ways into the Rosemarkie Celtic Church which came to fruition when Necthan accepted the guidance of Ceolfrith of Jarrow and accepted the Roman usages. The fact that the original church at Rosemarkie and the cathedral at Fortrose were dedicated not only to St. Boniface but also to St. Peter points very much to the fact that Boniface was the Pope and Curitan an advocate of the Roman reformation in Scotland. One of the stone coffins found under the floor of the parish church in 1753 may well have been his grave. Unfortunately nothing remains of those long-ago days except the tall sculptured stone which may be seen standing close to the door of the parish church. On it may be clearly distinguished the Pictish symbols of spectacles and mirror and the cross is prominent.

The photographs which follow, while taken some years ago, give an indication of the events associated with the Fair.

In 2006 the members of Rosemarkie WRI decided to emulate the members of Rylstone WI, Yorkshire, by producing a calendar, and the article, via the link below, is by courtesy of the author, Jane Candlish of The Press and Journal, and photographer Phil Downie. 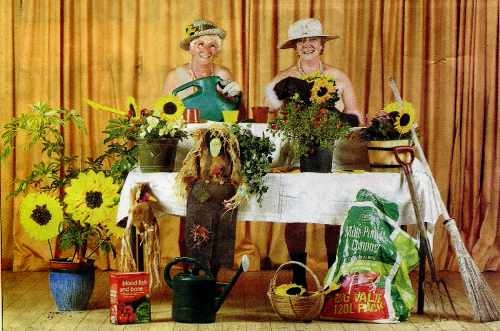