The bridges of Conon Bridge

The village of Conon Bridge sits on the southern bank of the River Conon.  Before this the area was known as Scuddell Ferry.  However, in 1810 Thomas Telford built a bridge over the river.  Following that, at some point, the village became known as Conon Bridge.   After that Joseph Mitchell designed and built the railway bridge which opened in 1863.  This consequently led to the area growing.  Nearly a century after this the original Telford Bridge was demolished to make room for  the new road bridge.  The new road bridge was built in the late 1970s.

In the rest of this section you can read about the history of the area.  Also, we have sections about the people and places within the area. 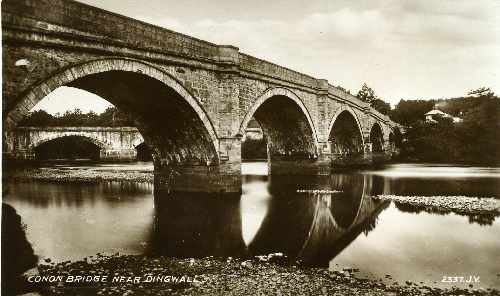